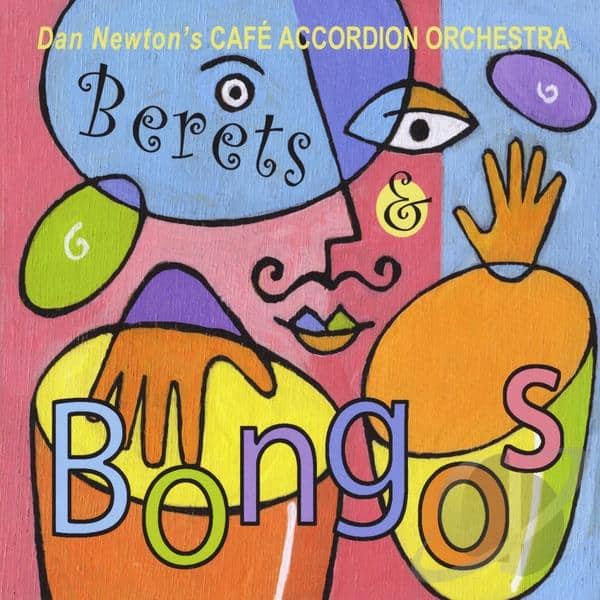 This is the eighth album by the Twin Cities based quintet and is also their most adventurous effort. As the title suggests, there is plenty of that familiar French flair to be found in the form of the musette waltzes lInterdite and Songe d’ Automne, and also some Latin heat in two Cumbias and the chorro masterpiece Santa Morena.

The album also includes Siroon Achkig, an Armenian tune sung by the band’s newest member Robert Bell. Robert, an ace swing guitarist, also plays the oud and the banjo. Bassist Erik Lillestol makes his vocal debut joining mandolinist Eric Mohring in a Spanish duet on the campy cha-cha El Bodeguero. Bandleader / accordionist Dan Newton lends his voice to a swingy version of Who’s cryin’ Sweet Papa and also Yo No Bailo con Juana, a bumpy cumbia with lyrics by Brave Combo’s Carl Finch. Dan and the band crank up the kitsch knob on Chose Sauvage, a French waltz version of Wild Thing. Joe Steinger has been CAO’s percussionist since their beginning in 1993. On Berets and Bongos, Joe holds everything together with cool understated brush work and of course great bongo playing!